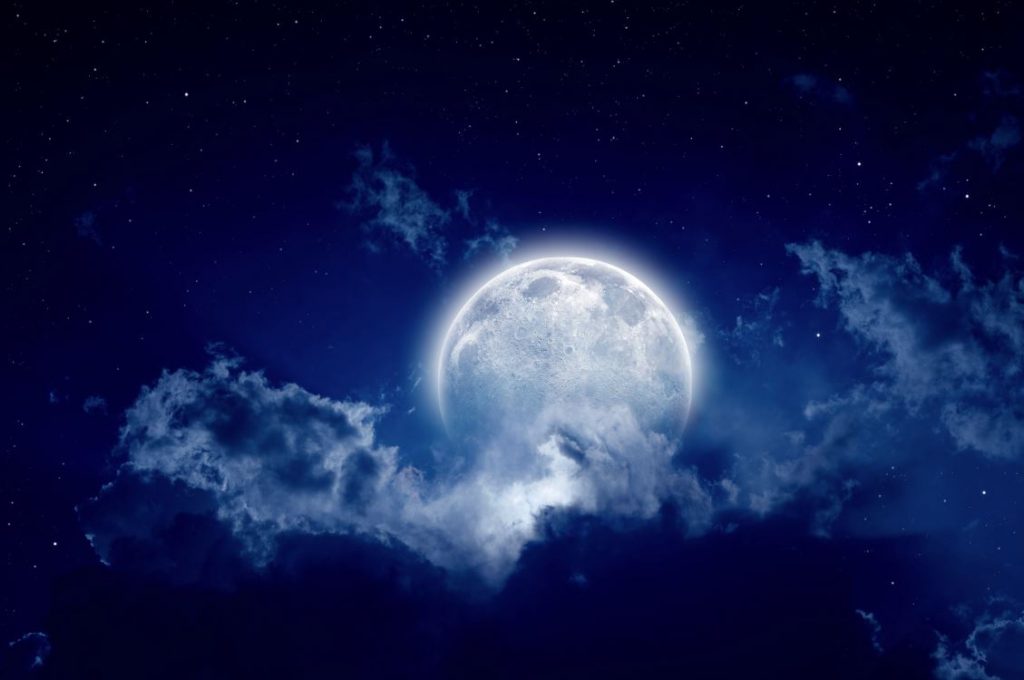 People that love astrology usually know that it is over 2000 years old. Some cultures in the Americas will look at the sky in order to find ways to have inspiration and to know which way to go in their life. The full moons were given different names by tribes in order to celebrate them.

Many of the names came from the Algonquians who lived in the area of New England past the Lake Superior, and these were later adopted by colonists.

The people that were Indigenous people often used the moon in order to know what the year was and to name them for things that were specific for the time. Since there were different places that different nations went, the moons had different names depending on the regions they were from.

The Wolf Moon was named by the Algonquians because they would hear the wolves calling out in January. This happened so that they could find more members for their pack. This area was a hunting area, and the wolves would get together to hunt.

Sometimes the Wolf Moon is sometimes known as the Old Moon or the Great Spirit moon as well.

Since the snow happens often in February, there is a Snow Moon that comes during that time. This was the time when people would get together and hunt but would have a hard time finding food.

The March Worm Moon was named because the Algonquian tribe would find worms in their area. This has also been called the Sap or the Crow Moon.

The Pink moon was named because of the flowers that bloomed in April. These flowers were moss that was pink, and they were known in the region.

In May, the Flower Moon would come out. This was a time where the flowers would bloom. Some would call this the Planting Moon because it was a place of fertility and growth.

When the moon was a Strawberry Moon, in June, it would be a time where the Algonquin would pick ripened strawberries to eat.

The Buck Moon would be called that because July was when the Bucks would be full size, and it would be time to hunt them.

The name Sturgeon Moon came from the fish that would be in the Great Lakes and the Lake Champlin during August. This moon was often called the Corn or the Full Green Moon.

In September, the Barley Moon or the Corn Moon would come out and it was a time to harvest the crops. This moon would happen and was named by the Omaha Tribe.

When this full moon comes, it is often seen as harvest time in many cultures.

In October, the Hunter Moon would come out and this was a time of the Fall Equinox. This was when the Native American tribes would go out and would hunt.

During November, the Beaver Moon would come out and this was the time when the Beavers would take time to build their dams. This would happen in the North close to the fur trade and it is why the name stuck so good.

The Mohawk Tribe named the Cold Moon in December because of the cold temperatures that they would have to endure. Some called this the Drift Clearing Moon or the Frost Exploding Trees Moon. The Oglala Tribe called this moon the Moon of Popping Trees and the Cherokee Tribe called it the Snow Moon. Even the Mohican Tribe had a name for this moon and called it the Long Night Moon.

Cycle of the Moon

As each of the months come, the lunar cycle will begin. This is a time that is called new beginnings and a time when people have to set their intentions on things going on. The different tribes in the Americans would track the moon cycles and they would do different tasks to make sure that they were ready when the months changed.

View all posts by Gracefull Women